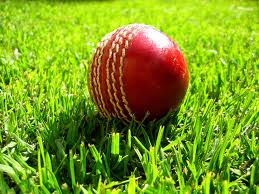 The England Cricket Board has revealed England will face India in four Tests and two Twenty20s before Christmas and five one-day internationals early in 2013.

England will travel to Dubai on October 25 for a three-day training camp before arriving in Mumbai for their first tour match on October 30. They will play two more first-class matches ahead of the Test series.

Andrew Strauss’ men face India in the first Test in Ahmedabad on November 15 before travelling to Mumbai (23-27), Kolkata (December 5-9) and Nagpur (13-17) for the remaining Tests.

England have a quick turnaround ahead of the T20 internationals in Pune and Mumbai (December 20 and 22). The tourists fly home for Christmas on December 23.

Following a short break, England arrive back in India on January 3 and play two 50-over tour matches as they prepare for the one-day series, which begins in Rajkot on January 11.

England take on India in the second ODI in Kochi on January 15 before heading to Ranchi (19), Dharamshala (23) and Mohali (27). England continue a busy winter in New Zealand in February.

"This will be England’s first full tour of India since 2008 and I am sure that cricket fans in both countries will be eagerly anticipating an exciting series of contests in all three formats of the game, " said ECB managing director Hugh Morris.

"ECB will also be seeking to finalise an England Performance Programme camp in India before Christmas which will help prepare members of both our Test and T20 squads."

The odds betting already has England as outsiders for their winter tour given their inconsistent record on the sub continent.

They endured a nightmare tour of India four years ago – with public fallouts and terror attacks overshadowing a 5-0 ODI whitewash and a 1-0 Test series defeat.

They also had mixed results and scores in the UAE and Sri Lanka last winter, with the hot and humid conditions as well as the hard, dry pitch, making life tough for Andy Flower’s men.